Skip to content
Home » Latest Information » Paying and Getting Paid in Bitcoin: The Story So Far.

When you click links on this site and buy products I may, on some of the products, receive an affiliate commission. You will not pay more clicking on these links.I only suggest certain products because my personal experience or research shows that they may be helpful to you. Thank you for your support.

Bitcoin. Everybody is talking about it; very few have it.

I am going to be blunt here and say that I, so far, do not use Bitcoin. Why? Because I don’t understand it well enough and it’s far too volatile right now..

As you will see here, I have done some research, actually I did quite a lot, and I still don’t get it. I may well take a chance on getting paid for writing an article or something and taking payment with Bitcoin just the once, and seeing how it pans out. If I couldn’t afford to lose that money, then I definitely wouldn’t accept payment by this method.

Like most human inventions, this one too is continuously evolving over the past decade.

Developed by Satoshi Nakamoto (an anonymous person) and maintained by a group of some of the brightest minds in technology, Bitcoin is being touted to be the currency of the future.

How Does Bitcoin Differ From Standard Currency?

Well, it’s a form of money created and held digitally, is entirely decentralized, and free of government ownership. It’s the community that decides the value.

It’s almost the new form of bartering as long as governments keep out of it, which is unlikely.

Bitcoin is not based on gold or silver, unlike the US currency; it is, in fact, based on mathematical proofs. Bitcoin is generated using a complex series of mathematical formulas running on computers.

The network shares a public ledger using blockchain technology that records and validates every transaction processed. No single institution, such as the government, controls the Bitcoin network.

The idea behind cryptocurrency technology has always been – and will likely remain – one of the decentralization – meaning, the power will be completely in the hands of people and not any central authority, like the government, bank, or even country.

Many questions come to mind when we think about Bitcoin, but the most common is, “who created it?” Unfortunately, there is no straightforward answer, because the creator’s identity remains a mystery.

The name, Satoshi Nakamoto, is actually a pseudonym. Nobody knows who the person is or if the person even existed.

What information we do have, however, is the date of Bitcoin’s origin and how it evolved to be what it is today. Some experts believe that Satoshi Nakamoto is not a person, but a group of people. In this group, the names like Vladimir Oksman, Neil King, and Charles Bry hold the most weight.

It is said that these three people were the first to file an encryption patent application back in August 2008. They also registered the website Bitcoin.org later that month, using a tool that allows people to buy domains anonymously.

On October 31, 2008, an entity named Satoshi Nakamoto published his White Paper, “Bitcoin: a Peer-to-Peer Electronic Cash System,” revealing his idea to the world.

On January 8, 2009, the first of many Bitcoins is announced, and soon after mining of this precious new technology begins.

Many have tried to decode the enigma surrounding Satoshi Nakamoto, but none have succeeded thus far. We may never know who the original creator of Bitcoin is, but we do know that this technology is creating waves in the financial industry.

If You Want To Start Being Paid In Bitcoin

The first thing you are going to need is a Bitcoin Wallet.

A Bitcoin wallet is simply something that manages and keeps secure your Bitcoin “private keys” for you. It can be an app, a website, or physical device that you can actually hold, much like a portable, extremely small safety deposit box which contains digital information.

Here are the more popular types:

A hardware wallet is an actual physical device, built only for the purpose of securing bitcoins, or perhaps we should say, the codes that give you access.

Most people consider this to be the best and, more importantly, the most secure way to store your Bitcoins.

Bitcoin hardware wallets keep the private keys you need to access your currency totally separate from vulnerable, internet-connected devices. This wallet is offline and therefore safe from hackers.

The one drawback with hardware wallets is that you have to buy them. However, this is still the most secure way to hold Bitcoin.

Fairly self-explanatory, an online wallet is a Bitcoin wallet that is accessed through the internet. Convenient, generally secure, but there is always that extra vulnerability to hackers, etc.

The hackers are always at work and show no sign of letting up.

An app that runs on mobile devices. This is by far the most convenient wallet for those people that are often using Bitcoin to pay for goods and services. More vulnerable to hackers and can be a problem if you lose access to your device. 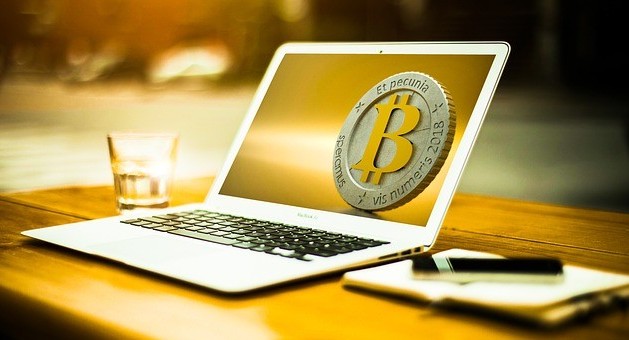 One of the most common ways to judge the value of a currency involves finding out what they can use it on. Bitcoin isn’t much different than standard currency, and a host of merchants and vendors now accept payment alongside, or in place of, regular money. In fact, Dell – the computer retailer giant – was one of the early adopters of Bitcoin, although apparently now it has stopped accepting it. The sheer volatility of Bitcoin and other cryptocurrencies is undoubtedly a major reason for it being dropped, for now.

Many companies followed suit and started accepting Bitcoin. Some of the known names include airBaltic, Cheapair, Expedia, and most recently – Microsoft that announced users could use Bitcoin to fund their accounts and buy many types of digital content through the Microsoft store.

Getting Paid For Work With Bitcoin

Critics are calling it a marketing stunt, but GMO group – a Japanese Internet firm – has announced that later this year they will be giving their employees a chance to receive a portion of their salary in Bitcoin. What will this bold new step mean for the employers and employees?

Bitcoin salaries work according to the currency’s value on a specific date and time. Let’s say, for example, if the price of one Bitcoin is $10,000 and an employee chooses to receive $2,000 in digital currency, then they would get 0.2 Bitcoin. They will also receive the same cash if they decide to sell their holding right away.

But if the employer decides to hold on to his earnings, be it for a day, a month, a year, the value of their Bitcoin holding will see its share of ups and downs. The $ 2000 they received might end up being $ 10,000, or potentially next to nothing.

This is why some people argue that dealing in Bitcoin is nothing but gambling. After all, you can never tell when the value goes up or tanks majorly.

But what about taxes? Now, this is the tricky part because Bitcoin is both a commodity and currency. There is no way to generalize tax rules, but it seems as the industry develops, so will the laws of taxation. Common knowledge states that employees will be liable for income tax due on Bitcoin earnings, calculated on the value at the time salary was paid. 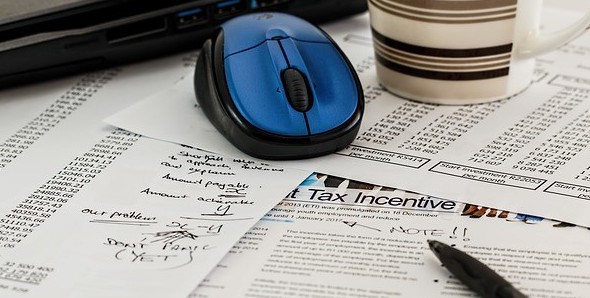 Similar to stock options, employees may also have to pay capital gains if the value of their Bitcoin rises. This is, of course, speculative and would largely depend on the tax jurisdiction. In the United States, however, the IRS has declared that they will treat all virtual currencies as property.

You can read more about the IRS-issued guide on Bitcoin here . In addition to the IRS’s guide, the United States Commodities Futures Trading Commission stated in 2015 that Bitcoin is indeed a commodity.

What Does The Future Have In Store?

Bitcoin is going nowhere and is here to stay. Many renowned economists have repeatedly warned about the impending crash, but it appears that people are willing to take the risk now more than ever. Greater adoption rates and more brands hopping on the “crypto-fever” means that Bitcoin will see even further market maturity soon.

Even though a decade has passed since its inception, Bitcoin is still a new technology. And like most new technologies, this too can take another decade to reach critical mass. Much like the early days of the Internet in 1992, no one wants to miss the train – and Bitcoin is the fastest train yet.

People have been mortgaging their homes to get in on the Bitcoin and Cryptocurrency craze – “craze” is the word because to me it is just plain crazy. At the start of 2018 Bitcoin was valued at around $14,000, went up to $19,000 and at the time of writing sits below $9,000. That is just a little over one month! I hope those that borrowed money to buy this, got in when the price was low, because if they didn’t then their savings may be wiped out.

There is news daily of governments trying to step in and create new laws regarding these Cryptocurrencies. They say that it is to protect the “average person” from getting caught in the craze, which is partly true but their main motive is the usual one – they want to get their hands on it so they can tax it.

Just be careful, be very careful.